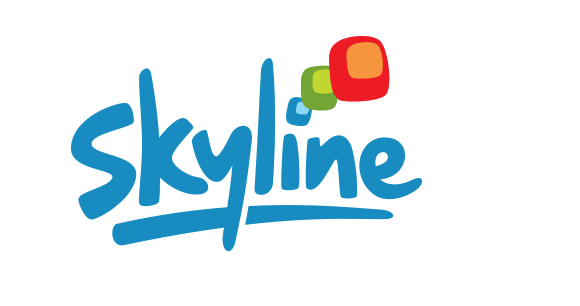 “If we missed a deadline on one of those leases, the impact on our business would be huge.”

After being locked in for another term and taken for a ride by out-of-date technology, Skyline were looking for a change – and found a completely revolutionary solution.

As a large tourism operator with several sites in the Asia Pacific region, Skyline had plenty to keep track of. Market trends, customer experience, rules and regulations, changing technology … and a huge number of contracts.

Staff were using spreadsheets to capture key contract data – and it was a system with plenty of problems. People would leave, key dates would be missed, and contacts would lapse or even go missing.

It’s an issue that Skyline’s Finance Manager Janine Tulloch had been aware of for a very long time: “Before Contract Eagle, we had various spreadsheets capturing contract data, which were basically dead documents. They had no way of giving you reminders, or telling you what action needed to be taken. We were relying too much on team members remembering contract dates, and we knew that wouldn’t be sustainable.”

Without a failsafe system, Skyline risked being left out or locked in, with serious legal and financial repercussions.

Down to the Wire

Finally, the inevitable happened. Skyline missed a date to terminate a customer payment technology contract, and were locked in with an old product that legally couldn’t be upgraded or replaced. That impacted customer experience, and ultimately resulted in a ‘lightbulb moment’ for Skyline.

“It made us aware of the potential risk that’s out there if you don’t have a proactive system reminding your business when contract milestones are approaching”, Janine explains. “For example, we lease vast sites all around the Asia Pacific region. If we missed a deadline on one of those leases, the impact on our business would be huge.”

Searching for a system

Janine and her team knew they needed an intuitive contract management system that engaged proactively with their staff. They recognised that Microsoft Excel could not deliver this, and made various attempts at using SharePoint before realising that it simply wasn’t powerful enough to do what was needed. As Janine recalls, “We still had to have team members reminding and chasing others, and this was also not sustainable. We began looking at contract management systems – and before we approached Contract Eagle, we had gone three-quarters of the way down the path with someone else, but it was just too expensive for what we needed.”

Finally Matt, Skyline’s General Manager of IT, told the rest of the team about Simon and Contract Eagle. Impressed by how user-friendly the system looked, and the potential for tailoring it to suit Skyline’s business, the team booked a demo. Ultimately, the right decision was obvious. “Compared to the system we had previously been considering, it was easier, more flexible, and better value for money,” says Janine.

“Due to its flexibility, we also started using it for more than just leases. For example, we began capturing Advertising Remits in there. These aren’t strictly contracts, but each remit has related documents and reminders that can be captured in a central location in Contract Eagle. With other systems, the cost of doing this would have been prohibitive.”

The implementation has also been a good exercise for Skyline as a business. Janine points out that it’s made them audit their existing contracts, leading to the discovery that some had expired and were in need of replacing. As Janine recalls, “Some of our GMs are pretty new, so that was a bit of a test for them! But the good thing is, as more contracts go into Contract Eagle, no one will have to scratch their heads to find a contract or remember an upcoming date.”

Janine doesn’t remember much about the technical implementation of Contract Eagle beyond the ease of it. “It just happened! We were sent a link to log in, and that was it. Then we had an onboarding session with Carlene, and our interaction with her was a big plus. Together we stepped through the setup in a pragmatic, logical way. We could really see it fitting into our enterprise and doing what we wanted to do.”

With ongoing 24/7 support, there’s also plenty of help on hand if anything needs explaining.

Janine and her team have high hopes for Contract Eagle’s potential to transform important aspects of Skyline’s business. For now, it’s meeting an important need – but in future, it can be used to drive business decisions and make daily operations easier than ever. As Janine explains, “It will increase our visibility across our group of companies and be proactive in reminding us about upcoming dates. So far we’ve entered a range of contracts from each department, reminders are going out, people are being assigned tasks – it’s all working as we expected.” “We’re now starting to look at what reporting we can get out of it, ask questions of some of the contracts we have, and make business decisions,” she concludes.

Back to Case Studies

Book a demo (video call) with one of our Customer Success Consultants to discuss your contract management software needs, and we’ll show you how we can meet (and exceed) them.

Take a Tour
Book a Demo
We use cookies on our website to recognize your repeat visits and preferences, as well as to measure the effectiveness of campaigns and analyse traffic. By clicking “I Accept” or “X” on this banner, or by using our site, you consent to the use of cookies unless you have disabled them. To learn more about cookies, including how to disable them, view our Privacy Policy and Cookie Policy. I Accept 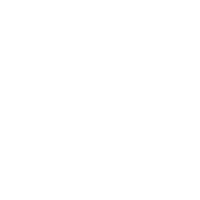 Please provide your details and we'll send you our Buyer's Guide with detailed product information, including pricing.